We invited our A&D community to Hay's London showroom to discover the latest lighting collections, introduced by Sam Weller, Head of Product Development for lighting at Hay. 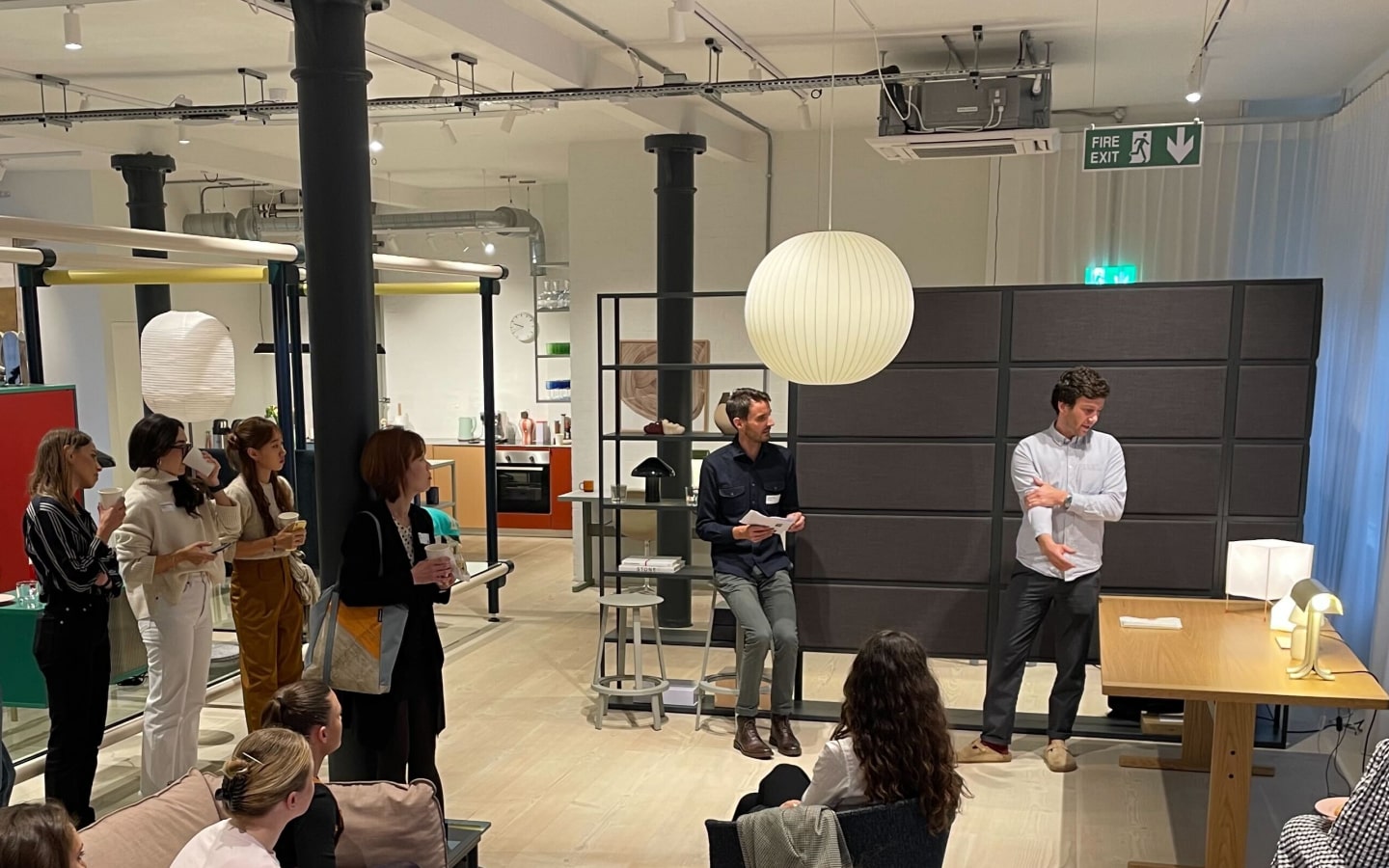 Grey autumn weather outside, fresh new ideas inside: this month, our Breakfast Insights popped up at the Hay showroom in Shoreditch, introducing the lighting collections Hay launched this season. Sam Weller, who is heading the production of all lighting products for the Danish brand, talked us through the latest lighting ranges.

With Hay ramping up its lighting offering – the Danish brand has never released more lighting collection in one season – Sam Weller had plenty of products to talk about. Overseeing the product development of the entire category, he his the connecting link between designer and manufacturers. So it's no surprise that he could neatly explain what makes each of the new designs special in our compact 25-minute format.

Starting with the Paper Cube Table Lamp, a design by Bertjan Pot, Sam pointed out that the shade isn't actually made from cellulose. Instead, a Japanese material made from recycled PET bottles is used, creating a warm glow. The shade can be folded, which allows it to be shipped flat-packed, reducing the product's carbon footprint.

Two of the new lights are made from glass. The sculptural Parade Table Lights are based on the concept of Danish husband-and-wife designers Viola Heyn-Johnsen and Jonas Trampedach. Sam gave away that they started with a very abstract idea of creating a mood light with a sculptural quality. Parade's distinct geometrical shape was the result of a long dialogue between the designers and Sam's production team.

The Apollo Table Lamp by STUDIO 0405 features mouth-blown elements, which are produced in Poland. For these, the manufacturer needed very precise guidelines to balance machine and manual production so that all products are consistent in look and quality.

The conversation between designer and production team for the following design was conveniently direct: the new Anagram Table Lamp is a creation by Sam himself. His take on the classic shape of a banker's light contrasts glossy and matte metals, emphasising the juxtaposition between the split tubular legs with the domed shade.

Fans of minimalism will love the LBM Table Lamp by Moisés Hernández, who was inspired by the architecture of fellow Mexican Luis Barragan. The LED source casts its lights downwards against the powder-coated metal, gently illuminating its surroundings.

The talk finished with the Factor Linear Suspension light. Sam mentioned that this concept by Swiss designer Dimitri Bähler derived from an exhibition Hay did for a trade fair, where it was shown in a circular shape. Now straightened up, Sam sees Factor hanging over offices desks or large meeting tables. The light features a rotatable shade, so you can direct the light emitted by the tubular rod into any direction.

‍Are you an interior designer, or architect, or do you specify furniture for commercial projects? Then you can come to our events too. Sign up to Clippings to receive invites to upcoming Breakfast Insights events. You can discover more products of Hay on Clippings. 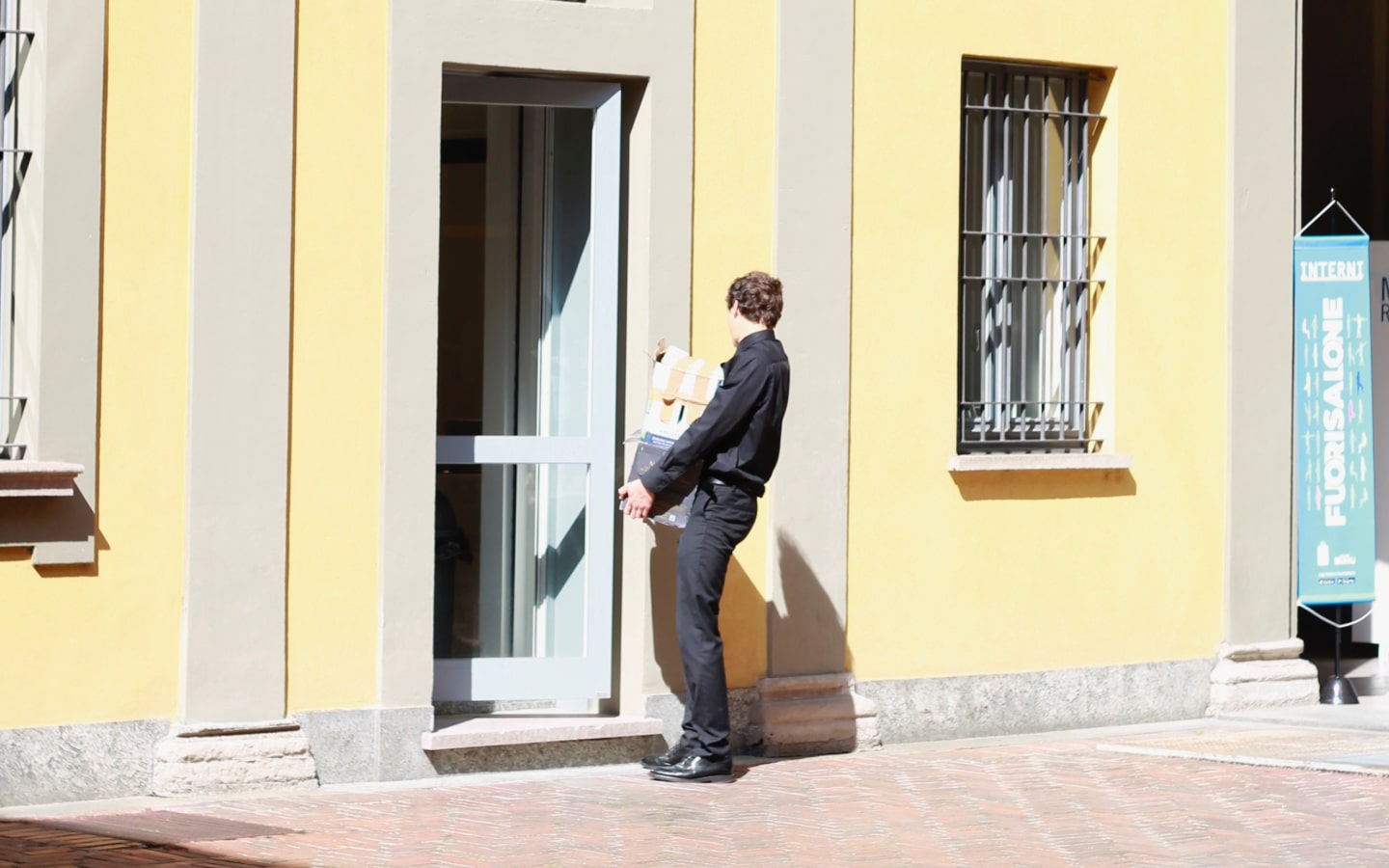 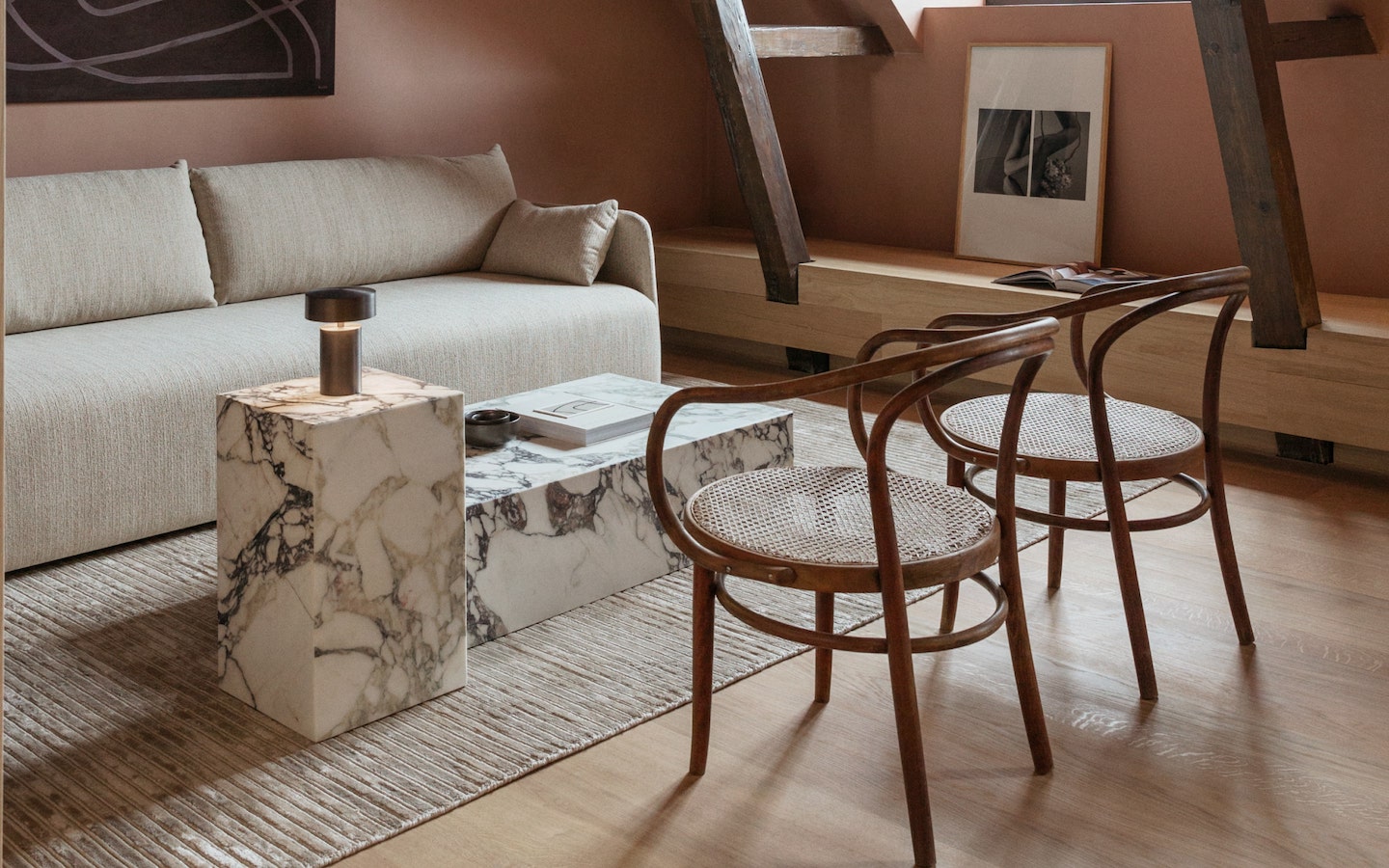 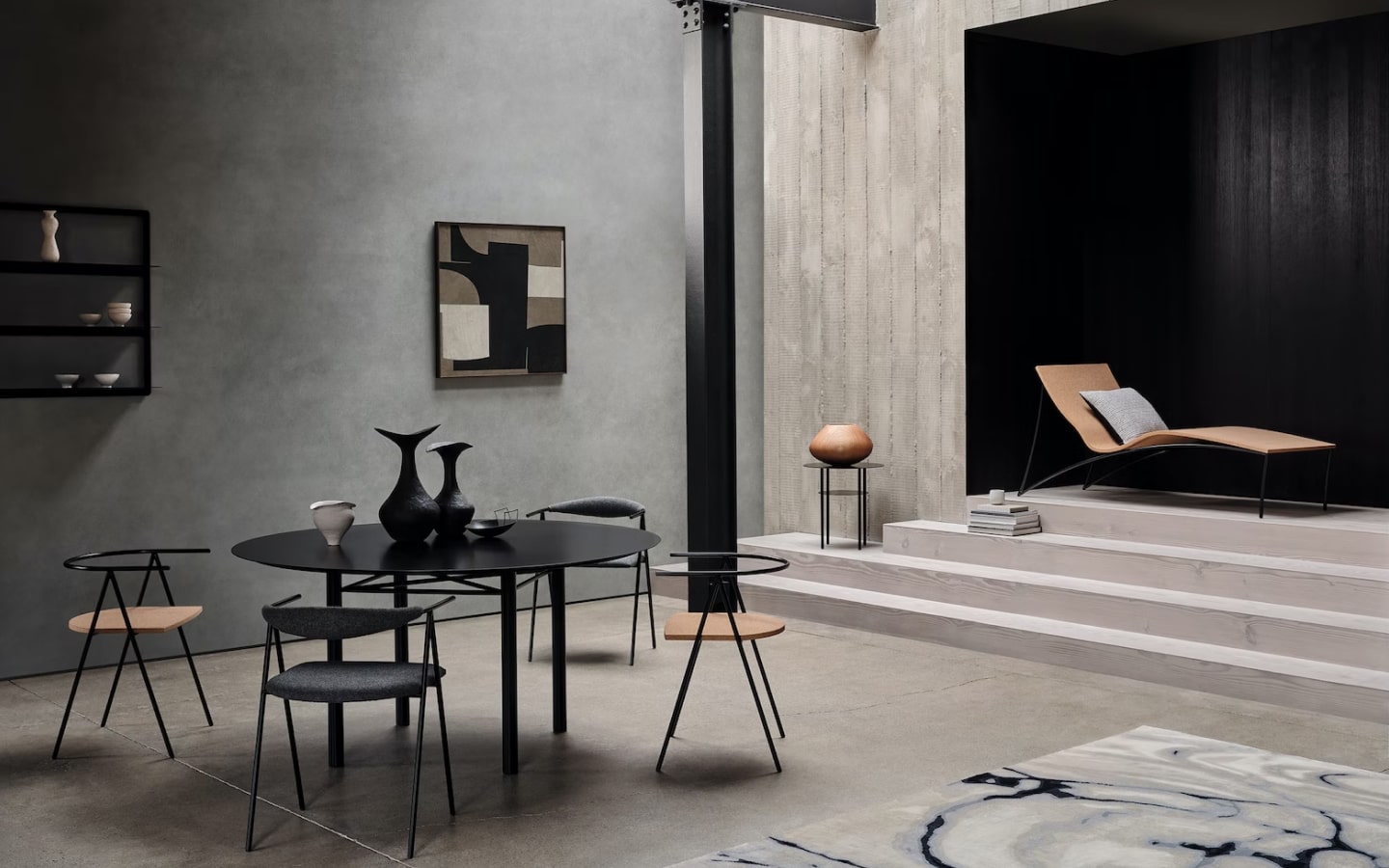 One of the most exciting newcomers on the British design scene arrives on Clippings. 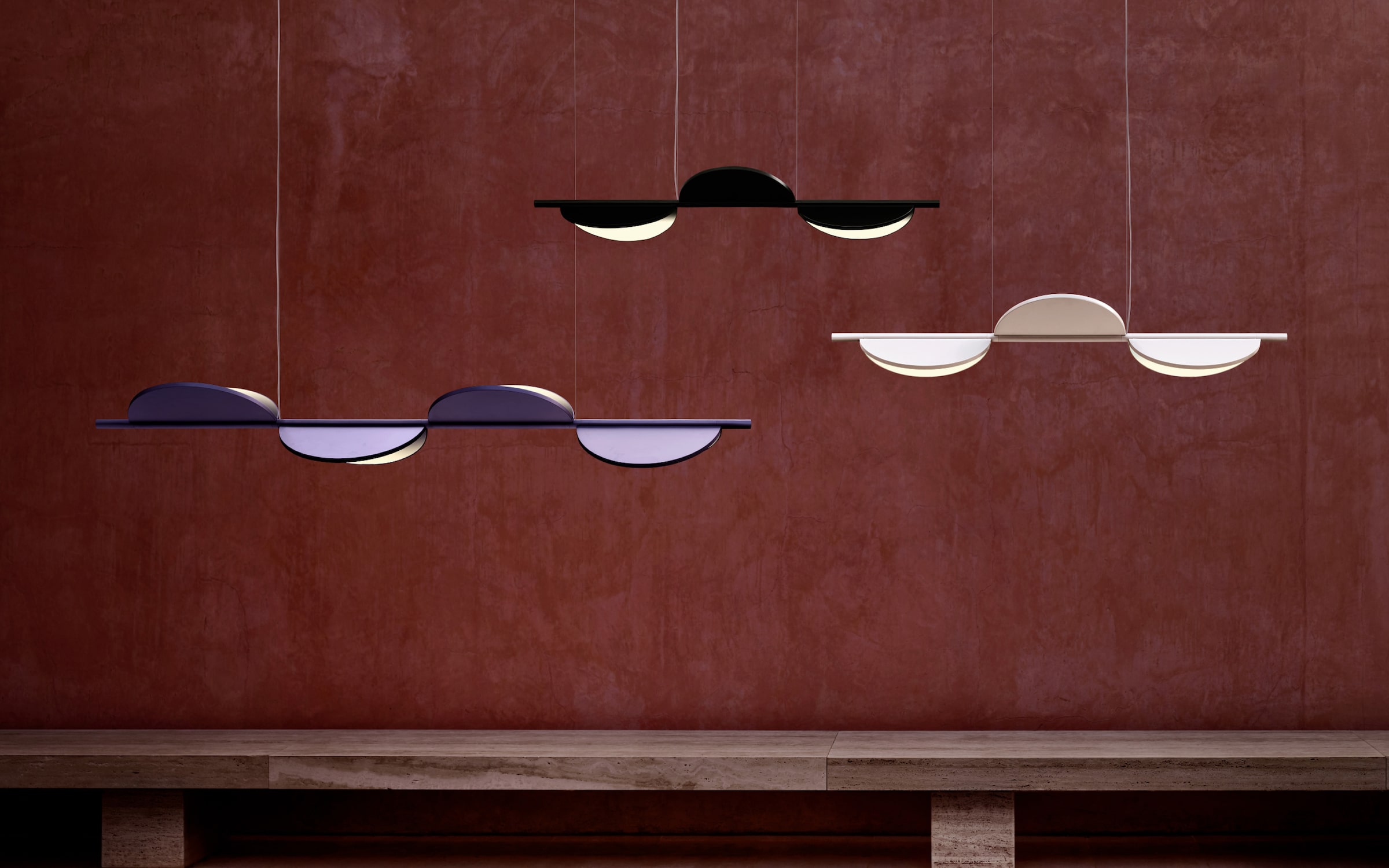 From vases that light up to pendants shining gently down, here are five new exciting designs that launched on Clippings this month.

Great design for your projects

Contact our team today, on hand to source products your clients will love.